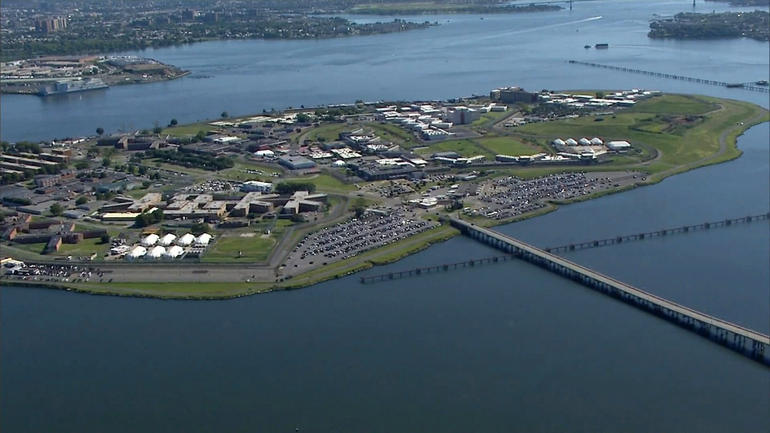 To make sense of bail reform in Albany, it helps to know a bit about what kind of law we have in New York, and why. On bail, there are a few things that make NY different than other states. Understanding this helps to untangle the knotty debate taking place now.

Enacted in 1971 and hailed as a progressive victory at the time, New York’s current bail statute is comparatively unique. Two features in particular were the focus of progressive demands at the time.

This makes New York different from every other state in the country. In the rest of the country, “dangerousness” or “public safety” is already part of the law. In California, when advocates were working to end cash bail, they were not also contending with the question of whether or not to add dangerousness to the statute – it was already there. They were confronted with the question of how “dangerousness” would be determined: through risk assessments? Through the type of charge a person faces? Through the judges’ gut reaction?

Last year, California passed a bill to end cash bail; but how dangerousness would be determined is so broad and troublesome that the state may wind up detaining more people in jails pretrial as a result of this reform, not less. This is why advocates in California opposed the measure, why that state stands out as a cautionary tale, and why advocates in New York oppose repeating that mistake.

Second, while protecting the presumption of innocence is good, what about the injustice of people being stuck in jail simply because they can’t afford to pay bail? New York’s bail statute, when passed in 1971, was explicitly crafted by lawmakers to *prevent* wealth-based detention. Lawmakers created eight different forms of bail (expanded later to nine) – including unsecured and partially secured bonds. Lawmakers wanted judges to use unsecured bonds and partially secured bonds when people couldn’t otherwise afford to pay bail.

While these measures were viewed as progressive victories at the time, the statute was never properly implemented or utilized, resulting in grave injustices: today in New York, wealth-based detention in NY is now routine practice. Even though they have nine options to choose from, most judges choose from only two forms of bail: cash bail and insurance company bonds. This has led to decades of injustice, where low income people – predominantly people of color — are held in jail simply because they can’t’ afford bail.

Now there are approximately 25,000 people in local jails across New York, and about 16,000 of those people are in jail because they can’t afford bail. But – and this is critical to understand – judges right now have the authority to use unsecured bonds (no money) so that people don’t have to be stuck in jail due to being poor.  The problem of pretrial jailing could theoretically be solved under current law, if it was only implemented correctly by the courts.

A recent report by the Vera Institute shows that judges, prosecutors, defense attorneys, and, crucially, court clerks, don’t know about the existing law and nine forms of bail, let alone utilize it. In New York City, as part of their study, Vera trained judges, prosecutors and defense attorneys and court clerks, and got them to use unsecured bonds. It worked. Vera’s study showed that it is possible to use unsecured and partially secured bonds to keep people out of jail, and that these same people return to court at very high rates – belying the claim that people need a financial stake to return to court.

Despite this, judges around the state tend to only set cash or insurance company bond, leaving people to languish in jail because they can’t afford bail. This is a massive failure on the part of the Judicial Branch in New York; and it’s a failure of state lawmakers and the governor for not holding the judicial branch accountable. It makes reform more urgent.

It is precisely because the New York law has these progressive features that some groups – particularly many public defenders – believe that the right approach to reform is to fix the 1971 statute, and make it work as intended. This approach to reform is where the Assembly Democrats stand. The Walker proposal, which the Assembly passed last year, is representative of the 1971 framework. Some upsides of this approach are that it protects the presumption of innocence by not including dangerousness in the statute, establishes automatic release for many low-level crimes, and ensure that judges are using unsecured and partially secured bonds, to end wealth-based detention. One downside is that it keeps cash bail on the books, which contrasts with the national movement to end cash bail.

A second approach to reform has been to eliminate cash bail entirely or almost entirely. This is represented by the Gianaris bill in the Senate, and the Governor’s proposal. These proposals vary; the upsides include the elimination of cash bail; for some, the downside includes adding what amounts to pretrial detention considerations of one type or another to the statute.  While many advocates have coalesced around the Gianaris bill, the Senate itself has not yet done so.

While some groups have supported the Walker approach (1971 framework), and others the Gianaris approach (end cash bail), still other groups believe that either approach could work to achieve justice for communities – so long as it is done right. Whatever the approach, the devil, as they say, is in the details.

The urgent need for reform is clear and many parties are weighing in on the details. Nearly every other day is another op-ed published by one group or another about bail reform – advocates, public defenders, district attorneys, judges, domestic violence survivors, crime survivor groups, faith leaders, county officials, musicians and lawmakers, funders, football players, and more. Even groups from outside of New York are weighing in. All calling for change. Some want to end cash bail, some are wary of doing so. A few say reform is going too fast, most say not fast enough. Some don’t want dangerousness to be added to the statute; some want it added and narrowly tailored. Opinions are varied and strongly held.

In the end, most of the groups working in New York for real reform are fighting — urgently — for the same things: justice, equity, fairness. How we get there remains the challenge at hand and the subject of the negotiations in Albany.

Rather than preferring a specific reform framework, we at Katal have always been guided by our principles for reform in New York. Developed in 2017 in collaboration with allies and public defender groups across the state, we believe any reform proposals should be measured against these principles, which include that bail reform must be done in conjunction with discovery and speedy trial reform as well. Other groups have come up with similar principles.

As the debate in Albany comes to a climax, we are fighting for the full pretrial reform package – bail, discovery, and speedy trial – to be included in the final budget deal, which is due by March 31st. The final bail reform agreement may be based in the 1971 framework (like the Walker bill) or it could be in the end cash bail framework (Gianaris/Cuomo proposals). Whatever the approach, our state must end the practice of keeping people in jail simply because they’re too poor to pay bail. Leaders in Albany must take action now to pass real reform and move us toward a fairer, more just New York.

Opinion Editorial by gabriel sayegh, Co-Founder and Co-Executive Director of the Katal Center for Health, Equity, and Justice. Subscribe to our weekly newsletter for updates about our work to end mass incarceration across Connecticut and New York State.

Download the PDF/print version of this post.
Read Part 2 of this 2019 series on bail reform in New York State.