George Floyd and Racism in America: One Year Later

Save the Date: Katal at 5

George Floyd and Racism in America: One Year Later

By Kenyatta Muzzanni, Director of Organizing

It has been just over one year since we witnessed the public murder of George Floyd by members of the Minneapolis Police Department. The murder of Floyd, along with the murders of Ahmaud Arbery, Breonna Taylor, Tony McDade, and so many others, sparked the largest protests in United States history. People took to the streets, demanding justice, from Connecticut and New York to California and Mississippi and D.C. and Chicago and all parts in between. Organizers, activists, and policy makers across the country also pushed legislative and community-driven changes aimed at curtailing police violence, defunding the police, and strengthening police accountability.

Even as our collective protests and organizing have continued, the number of Black and brown people murdered by police continues to grow. Even more, many of the proposed changes of 2020 are being watered down to more palatable reforms.

The insidious nature of white supremacy and systemic racism makes it so that our fight will not be won in a year; that work is ongoing and ever-changing. As we reflect on the last year of Uprisings and set our sights on the next iteration of one of the largest movements in our country’s history, we must not waver. We must not lose hope.

Every single one of us has a role in this fight as our struggle for collective freedom continues.

It is up to us to believe that we can win. As our Co-Founder and Co-Executive Director Lorenzo Jones wrote last year, “the time to act has passed. It is time to DO.”

The work continues to build towards a future where we can all live freely. 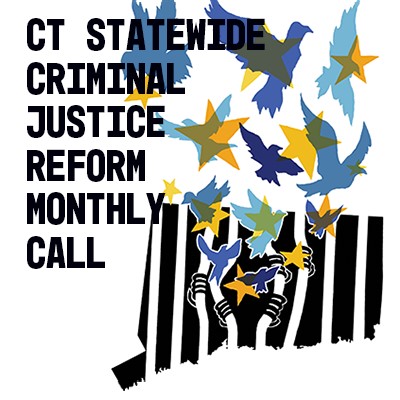 During the call, we will get a detailed lobbyist report about the end of the 2021 legislative session and we will hear updates from organizers and advocates working to advance criminal justice reform in Connecticut.  RSVP here!

Earlier this week, Governor Lamont signed S.B. 753 into law which abolishes prison gerrymandering in Connecticut. This means in population data, incarcerated individuals will be counted in the communities they come from instead of the location of the correctional facility they are incarcerated in. Considering how Black and brown people are disproportionately incarcerated in Connecticut, this is a meaningful step to increase the political power of people of color in the state. Along with this important legislation, other criminal justice bills like Clean Slate, free telecommunications, the PROTECT Act, and more are currently moving in the legislature.

Join us to learn about what’s happening at the state capitol on  criminal justice reform, hear directly from organizers, campaign leaders, and advocates about the work they’re doing to end mass incarceration in Connecticut.

Save the Date: Katal at 5 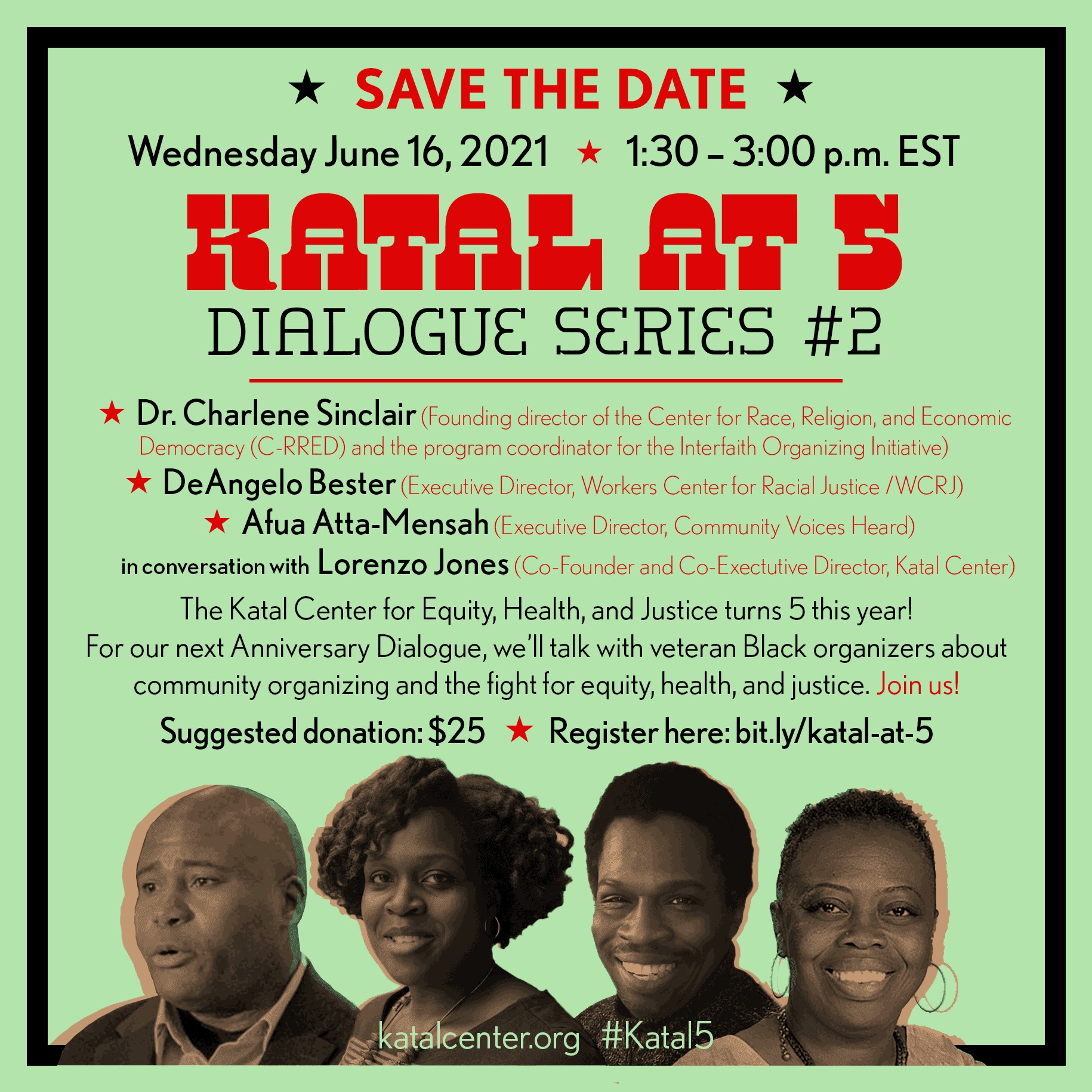 For our next Dialogue, we’ll be joined by an amazing group of veteran Black organizers to discuss community organizing and the fight for equity, health, and justice:

In a conversation with Katal Co-Executive Director, Lorenzo Jones.

We’d love for you to join us. If you joined us for our first Anniversary Dialogue, you know it was amazing. Don’t miss out on this! Register at bit.ly/katal-at-5.

PrevPreviousmembers of the black freedom project, a coalition of black organizers and advocates across new york state, and new york state legislators rally for the passage of the less is more act
Nextthe city: death of two men at rikers — one held on shoplifting rap — amplifies push to overhaul parole rulesNext