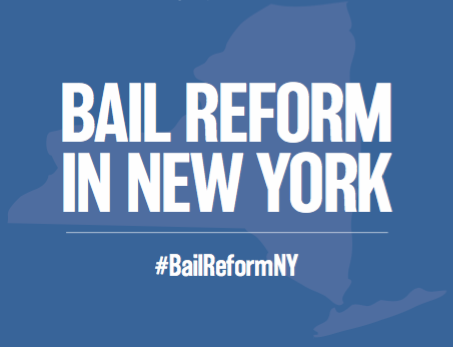 On Tuesday, New York Governor Andrew Cuomo released a range of criminal justice proposals as part of his FY2019 Executive Budget Submission. The governor’s plans include bail, discovery, and speedy trial reform. The governor’s bail proposal reflects many concerns outlined in the reform letter signed by over 130 organizations and sent to the governor last year, including mandatory release of people detained on misdemeanors and nonviolent felonies. However, we are concerned that his proposal would lead to unnecessary pretrial detention for those charged with, but not convicted of, violent felonies – a category that makes up the majority of the population on Rikers Island. We’re now finalizing a full analysis of the proposals. If you’d like to receive a copy of the analysis, please email Sean Hill at shill@katalcenter.org.

Also: check out this new report by the NYC Comptroller illuminating the growing role of exploitative and expensive commercial bail bonds in the city’s bail system, and calling for its elimination. The release of this report is a direct result of the advocacy and story collecting that many of our partners have been doing over the past year. You can check it out here.

New York’s current discovery law does not require District Attorneys to turn over certain discovery materials to defendants until the day trial actually begins – leaving defendants blindfolded to the evidence against them. In a criminal case, discovery materials include evidence collected during the investigation and prosecution of the charges, such as police reports, statements of witnesses, scientific testing reports, video recordings, and exhibits. New York is one of four states in the country with the most restrictive discovery rules – alongside Louisiana, South Carolina, and Wyoming.

Next Wednesday, January 24, Katal will be participating in a rally for discovery reform at the Nassau Criminal Court, with our allies Discovery For Justice and VOCAL-NY. For more information, contact community organizer Valdez Heron, valdez@katalcenter.org, 646-963-1839.

We’re also opening up Summer 2018 Internship applications for all three of our offices in NYC, Albany, and Hartford.

For more information on each of these opportunities, visit our website, and please help us spread the word!