Last week, we held a press conference in Manhattan, outside the courts, to call on the state legislature and Governor Cuomo to pass bail reform in the state budget. We were joined by the families of Kalief Browder and Pedro Hernandez, faith leaders, and allies from Bronx Defenders, Brooklyn Defender Services, Legal Aid Society, Bronx Freedom Fund, Make the Road New York, Incarcerated Nation, Robert F. Kennedy Human Rights, and more. You can check out the press release here.

Negotiations on the budget are still underway, and real reform is within reach. We need to make our voices heard! To join us or to get more information on #BailReformNY, contact Sean Hill at sean@katalcenter.org or 347.921.0826.

We’re thrilled to announce that Louis Reed has joined the team as Katal’s Connecticut Policy Strategist. Among other notable achievements and in-depth experience, Louis was responsible for conceptualizing and serving as director of the Mayor’s Office for Reentry Affairs in the City of Bridgeport, CT. His policy reform experience includes working with the Connecticut legislature for successful enactment of legislation related to reforms to pretrial practices, expanding access to licenses for people living with criminal records, limiting asset forfeiture practices by law enforcement, and strengthening reentry practices and services for people returning from prison. A licensed addiction and mental health clinician, Louis brings to Katal expertise in criminal justice and health policy, and will be building out Katal’s reform agenda in the state.

Check out his bio, here, and please join us in welcoming Louis Reed to Katal! 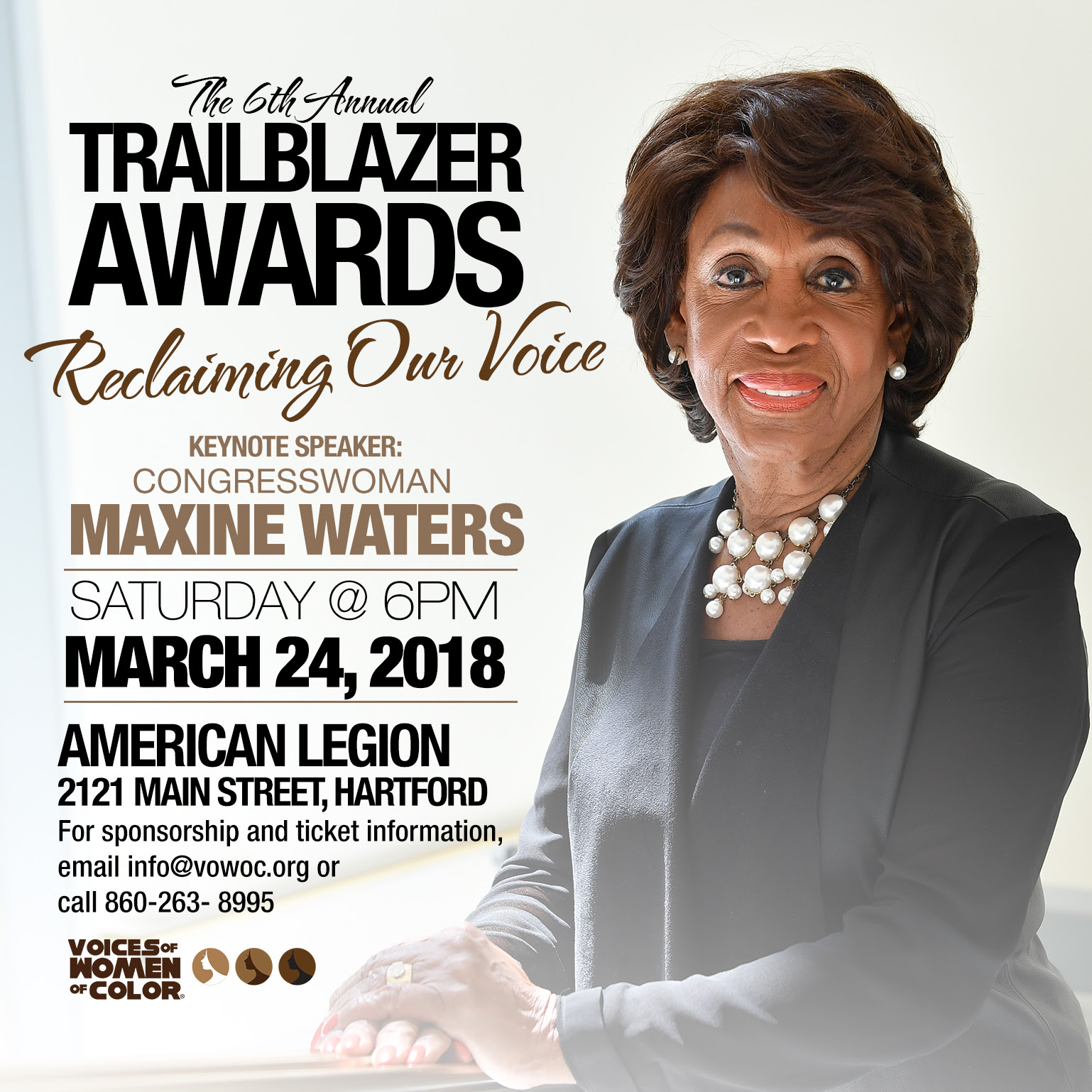 We are thrilled to announce that on Saturday, March 24, Katal is co-sponsoring the 6th Annual Trailblazer Awards with keynote speaker Congresswoman Maxine Waters. This annual event in Hartford, CT is hosted by Katal’s partner, Voices of Women of Color. The Voices have played an integral role in electing political leaders at the local state and federal levels. From doorknocking to fundraising, message development to outreach strategy, the Voices have been a deciding factor in candidates’ campaigns.