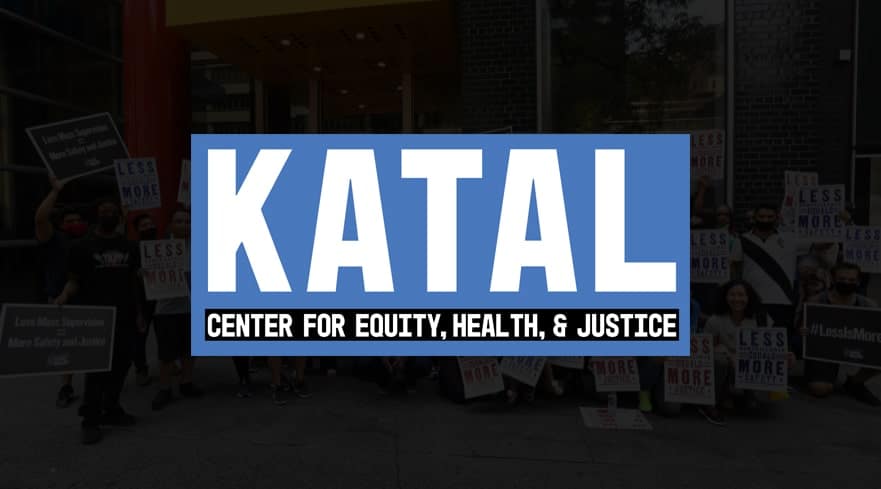 New York, NY – Today, directly impacted people and community groups testified at the City Council Committee on Criminal Justice hearing on the current conditions of city jails. Over the last two weeks, the crisis on Rikers has intensified with the 10th incarcerated person passing away on the island this year alone. The jail population is rising as District Attorney’s and Judges needlessly send more people to jail pretrial – partially due to the bail rollbacks – leading to the population on Rikers growing to over 6,000 from below 4,000 at the height of the pandemic. And the Correctional Officer union is waging war with the Department of Correction, conducting a work stoppage that only serves to worsen conditions.

During the hearing, directly impacted speakers illustrated how they have been impacted by Rikers Island, described the dehumanizing conditions, and demanded that the city close Rikers and that Governor Kathy Hochul sign the #LessIsMoreNY Act.

Robin Lawrence, Member of the Katal Center, said: “For years the men and women at Rikers Island have been neglected and violated of their rights as human beings. This facility is inhumane and the people who are incarcerated there are suffering. I have loved ones and family members that have been incarcerated at Rikers, where they have failed to provide them with the proper medical attention and mental health care. All of the concerns that have been raised to the Correctional Department regarding healthcare within the facility have not been addressed and in fact, they continue to worsen. This year alone, there has been an unprecedented number of deaths at Rikers. This is unacceptable. Our family members have been marginalized for far too long and it is time that the leaders of this city listen. I urge the NYC Mayor and Council to act swiftly to put in place drastic measures to decarcerate and close Rikers Island once and for all. In this same fight, I urge Governor Hochul to sign #LessIsMoreNY immediately to take us one step closer to shuttering the island by reducing the number of people incarcerated for technical parole violations.”

Emelissa Curo, Member of the Katal Center, said: “As a New Yorker with a loved one that was once incarcerated at Rikers Island, I can vouch and feel compelled to speak on the conditions that many find themselves in because of the government’s neglect.  The people incarcerated at Rikers are living in precarious conditions that are putting their health and lives at stake. Over 270 people at Rikers Island and thousands more across jails and prisons in NYS that are incarcerated for a technical parole violation. Every minute that passes is a minute in which they are subjected to serious danger, sickness, hunger and so much more. Our Mayor and NY City Council Members need to step up and address the crisis at Rikers through decarceration. Governor Hochul, it’s time for you to really show what you’re about and what you’re made of. Don’t be another politician that gives false hopes and promises to its people.  I urge you to please sign the #LessIsMoreNY Act and implement it NOW, so we can start with the process of ending mass incarceration once and for all.”

Henry Robinson, Member of the Katal Center, said: “In 2017, I was incarcerated on Rikers Island for almost three months for a technical parole violation. I was incarcerated simply because I was defending myself from a “curfew” violation warning. I was on my way to meet with my parole officer for the first time and I was running a little late. Part of the reason that I was running late was that I had recently moved into a new neighborhood and I had a fractured foot. I ended up spending three months at Rikers for this. While on Rikers with my foot still fractured, I received no medical support and was put into dangerous situations that led to me being assaulted by several people, which only made my injuries worse. The conditions at Rikers are not suited for anyone. I demand that the NY City Mayor and the City Council move quickly to address the conditions at Rikers and bring us closer to shuttering Rikers Island.”

Avion Gordon, Member of the Katal Center, said: “Rikers has been compromised with corruption and lack of oversight. What we are seeing now is only the tip of the iceberg. It is heartbreaking to hear about the horrific conditions in which the men and women incarcerated at Rikers find themselves in because of the government’s inability to keep them safe. The population at Rikers has swelled up from below 4,000 at the height of the pandemic to over 6,000 presently. There is no denying that the city’s main responsibility right now is making sure to reduce the number of people incarcerated at Rikers.  One way of doing this is by ensuring that people who are at Rikers for a non-criminal technical parole violation are released. I demand that the NYC  Mayor and the City Council immediately act to remove this malignant structure that’s been in place for far too long and close Riker’s Island immediately. Governor Hochul, you must sign #LessIsMoreNY now and implement it expeditiously in order to save lives.”

Gabrielle Parks, Member of the Katal Center, said: “The current crisis on Rikers is unacceptable and it is putting incarcerated individuals in life-threatening situations. Throughout the summer, I had loved one who was incarcerated on Rikers Island. My loved one has pre-existing health conditions and contracted COVID-19 while incarcerated on Rikers. He was incarcerated for a technical parole violation and every day that he spent there, he risked passing away. This is something that many other individuals have had to contend with. It must end. The Mayor and the city council must do everything in their power to address the conditions at Rikers and reduce the population.

Sevastian Carey, Member of the Katal Center, said: “There is absolutely no excuse for sending people on parole back to Rikers Island for something as minor as being late for curfew or testing positive for alcohol or other drugs. As someone who is on parole right now, I continue to move forward with my life and focus on everything needed for my success. Being on parole does not make this process easy because you are penalized for making a human error.  This is why I am calling on Governor Hochul to sign #LessIsMoreNY immediately in order to decarcerate!”

Judges, prosecutors, City and State leaders and elected officials must safely reduce the population at Rikers Island immediately.  This should include revisiting bail decisions and limiting admissions for new alleged crimes, lifting warrants and resolving cases of people on parole held for technical violations and low-level alleged crimes, releasing people who are at highest risk of COVID, and using the 6-A program to release people serving City sentences. All this was done early in the pandemic without harming public safety. It can and must be done again today. People released should be given access to housing, health care, and job assistance, to help ensure the best possible outcomes.

The most severe problem is that Rikers exists at all. The damage caused by Rikers to the people incarcerated there, to their families, and to their communities is immeasurable and devastating. Given the long history of torture and abuse on Rikers, and the ongoing pandemic, which spotlighted the inhumanity of jails like Rikers, the city must decarcerate and accelerate plans to close the Rikers Island Jail Complex.