In CT: Join Us for our September Statewide Criminal Justice Reform Monthly Call

A new report issued last week by the Bureau of Justice Statistics (BJS) reaffirms that New York is second in the nation, behind only Illinois, for incarcerating people for non-criminal technical violations of parole like missing a curfew or failing an alcohol test. The BJS report shows that in 2018 alone, New York sent 5,783 people to jail and prison for technical violations of parole.

And as Katal Co-Director Lorenzo Jones noted in response to the report, “Of course, it’s Black and brown communities who are bearing the brunt of these practices, which is no surprise given the systemic and institutional racism of mass criminalization.”

New York residents can join us in demanding passage of #LessIsMoreNY here.

In CT: Join Us for our September Statewide Criminal Justice Reform Monthly Call 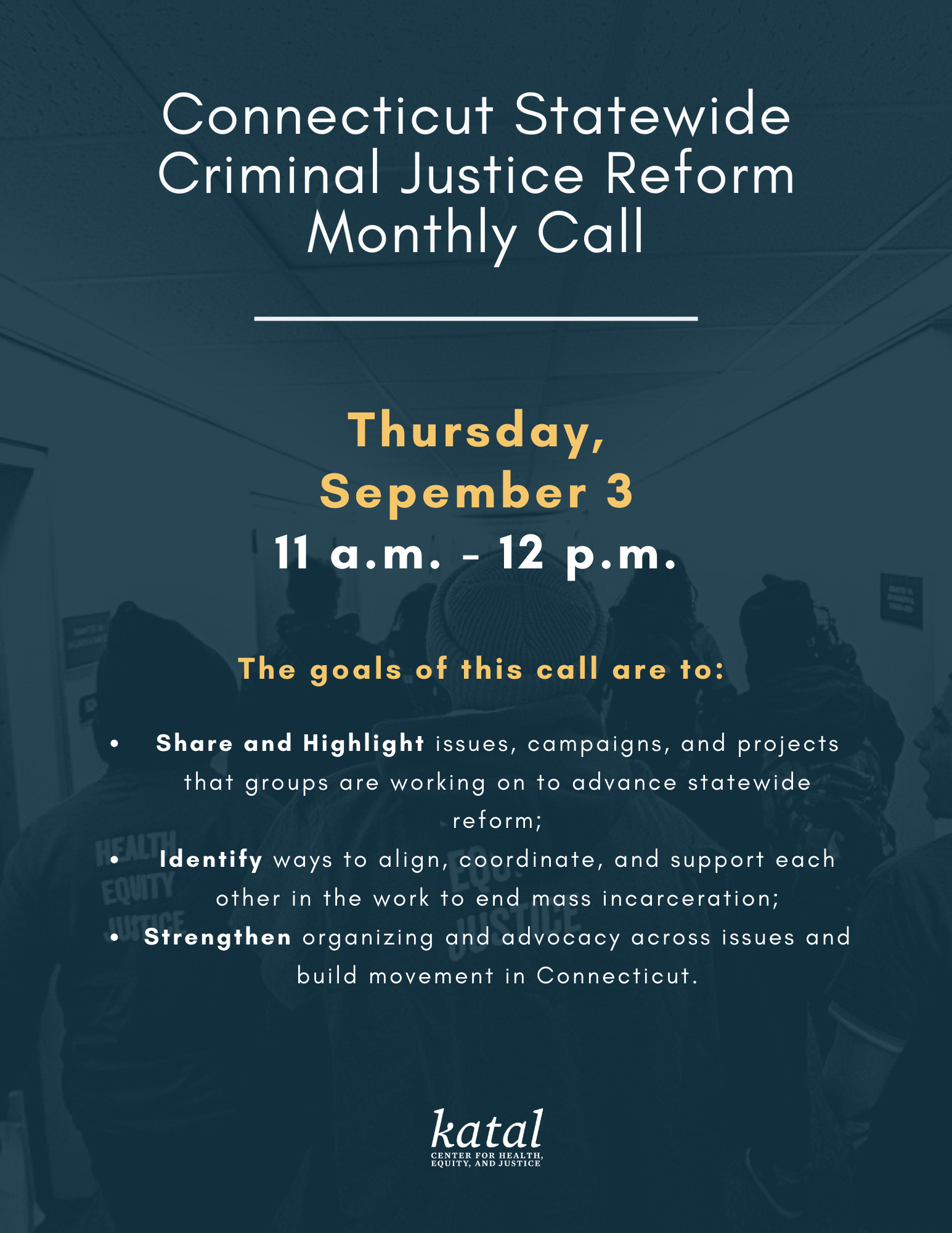 Last week, we hosted a special summer convening of the Connecticut Statewide Community Justice Reform Call, to debrief the recent special session. Dozens of participants joined, and our guest speakers provided an overview of the police reform and accountability bills that were passed.

Join us Thursday, September 3 from 11 a.m. to noon for our next Connecticut Statewide Criminal Justice Reform Call held digitally via zoom. These calls bring together organizers and advocates to share updates about criminal justice reform in Connecticut,  and discuss ways to align, coordinate, and support each other’s work to end mass incarceration. In the midst of this pandemic,  these calls are another way to connect with each other to continue our collective movement work for freedom and justice. We thank all who joined us for our August call, and we hope to see all of you in September!

Register for this call here.

For more information about our monthly calls in Connecticut and New York, please contact Kenyatta Thompson, at kthompson@katalcenter.org.

Keep practicing social distancing, wear your mask, wash your hands, and check in on your neighbors. If you want to get involved, learn more about our work, or just connect, please don’t hesitate to reach out – we’re online and on socials via @katalcenter.

PrevPreviousnew federal report: new york is second in the nation in incarcerating people for non-criminal technical violations of parole
Nextweekly update – august 20, 2020Next