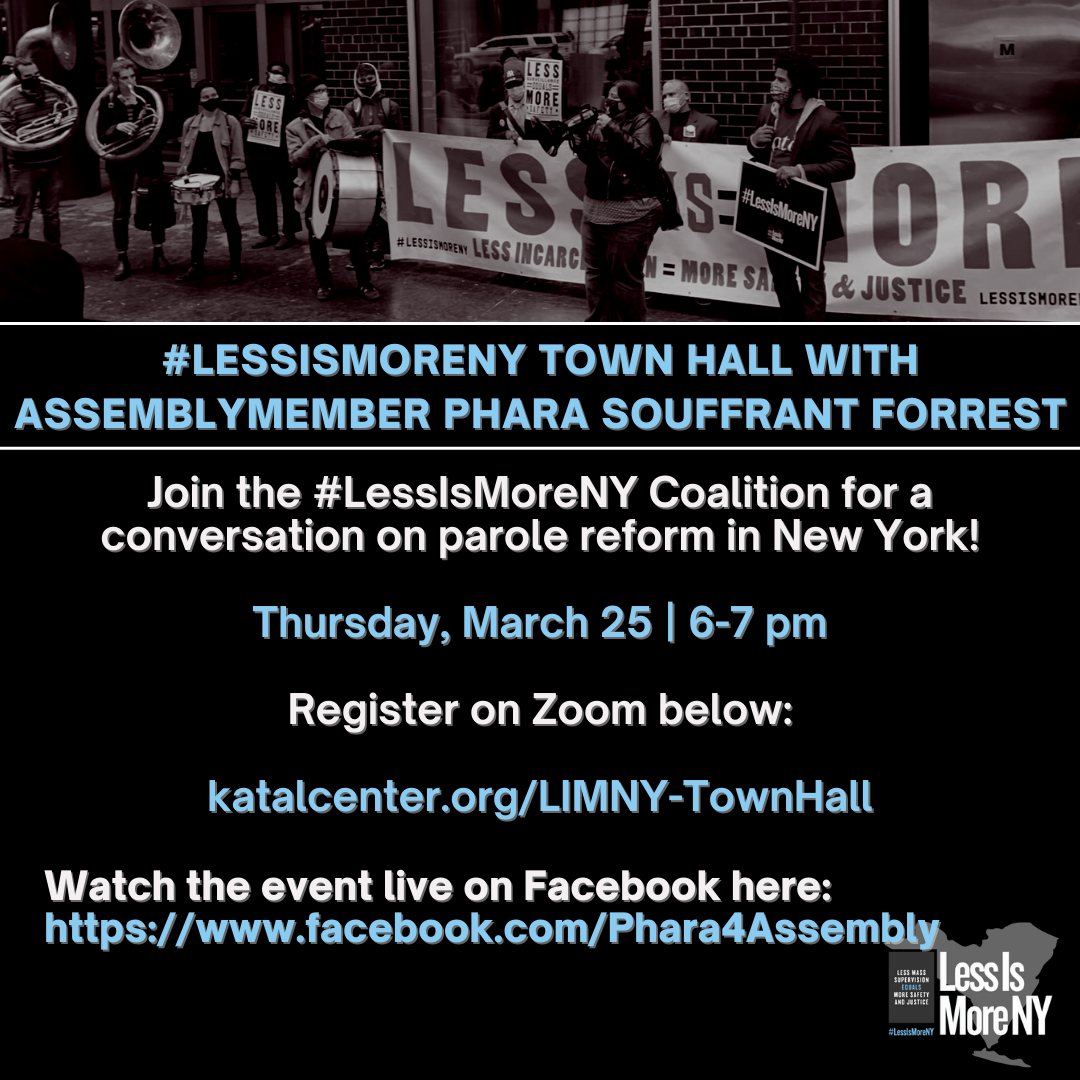 We increased pressure on New York elected officials this week to demand smart parole reform in New York with #LessIsMoreNY!

On Wednesday, we partnered with the New York Civil Liberties Union and the John Jay College Institute for Justice and Opportunity for a Tweet Storm directed at New York’s legislative leaders and the Governor, encouraging them to to take the nearly $700 million in savings that would come from the enactment of #LessIsMoreNY and re-invest the money on things and programs that New Yorkers actually need including support for reentry, housing, education, healthcare, and more.

Our bill sponsors joined us: Here’s what’s next in New York: On Thursday, we joined Stop Solitary CT outside the Capitol in Hartford where Katal member Imani Pennant spoke on his experience being incarcerated & subjected to solitary confinement as retaliation for protesting inhumane conditions in prisons during the #COVID19 pandemic. In addition to limiting the use of solitary confinement in Connecticut, the PROTECT act, S.B. No. 1059, will create a correctional ombudsman to conduct oversight, investigate and make recommendations to the CT Department of Correction, while also creating policy for a social contract for incarcerated people. Katal supports the legislation.

Imani’s remarks at the rally make it immediately clear why CT needs to take action now to limit the use of solitary confinement in prisons and jails; and add oversight for those who operate the state’s correctional facilities. Check out the full video of his speech on our twitter page!

And take a moment to catch up on our campaign to CUT Correctional Populations, SHUT Down Prisons, and INVEST the Savings Into Communities Most Impacted by Mass Incarceration here: #CutShutINVEST.

Can you take a 1-minute survey with us? As announced last week, we are changing the format of Katal’s Weekly Update to give our readers and supporters the choice to receive information about our work in either or both Connecticut and New York.

As you likely now know, Katal turns 5 this year, and we’re marking the moment with an anniversary Dialogue Series. Join us on Monday March 29th, from 5:30 – 7:30 for our first Dialogue!