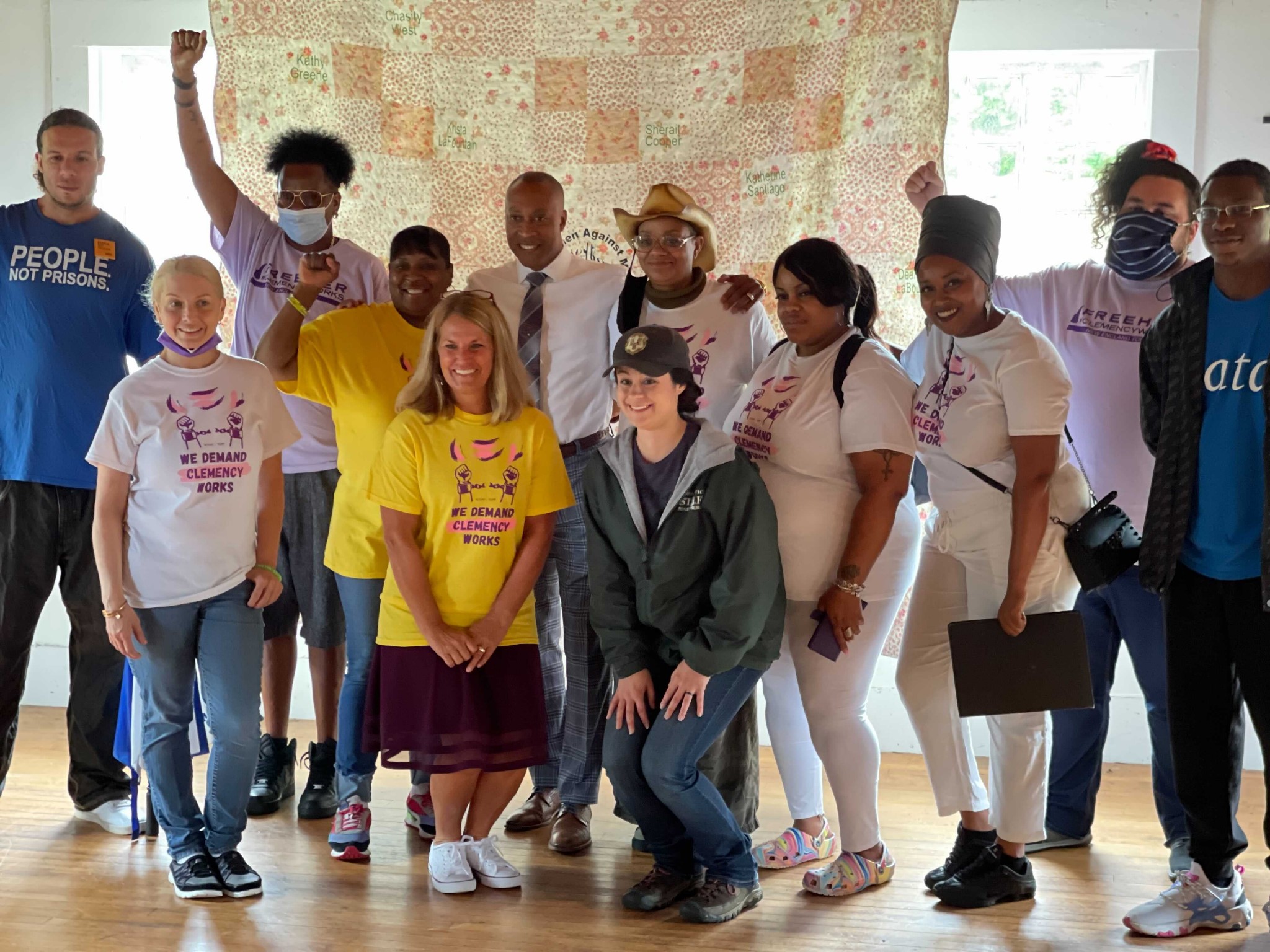 Last week, we joined Women Against Mass Incarceration as they brought The National Council’s New England Clemency Quilt Tour to Connecticut. The Clemency Quilt contains the names of incarcerated women in Connecticut who are eligible for and currently seeking clemency.

On Tuesday, we joined the Awareness and Resources Symposium. During the Symposium, we got to speak with community members about our #FreeThemNowCT and #CutShutINVEST campaigns in Connecticut and how they will further decarcerate our state. 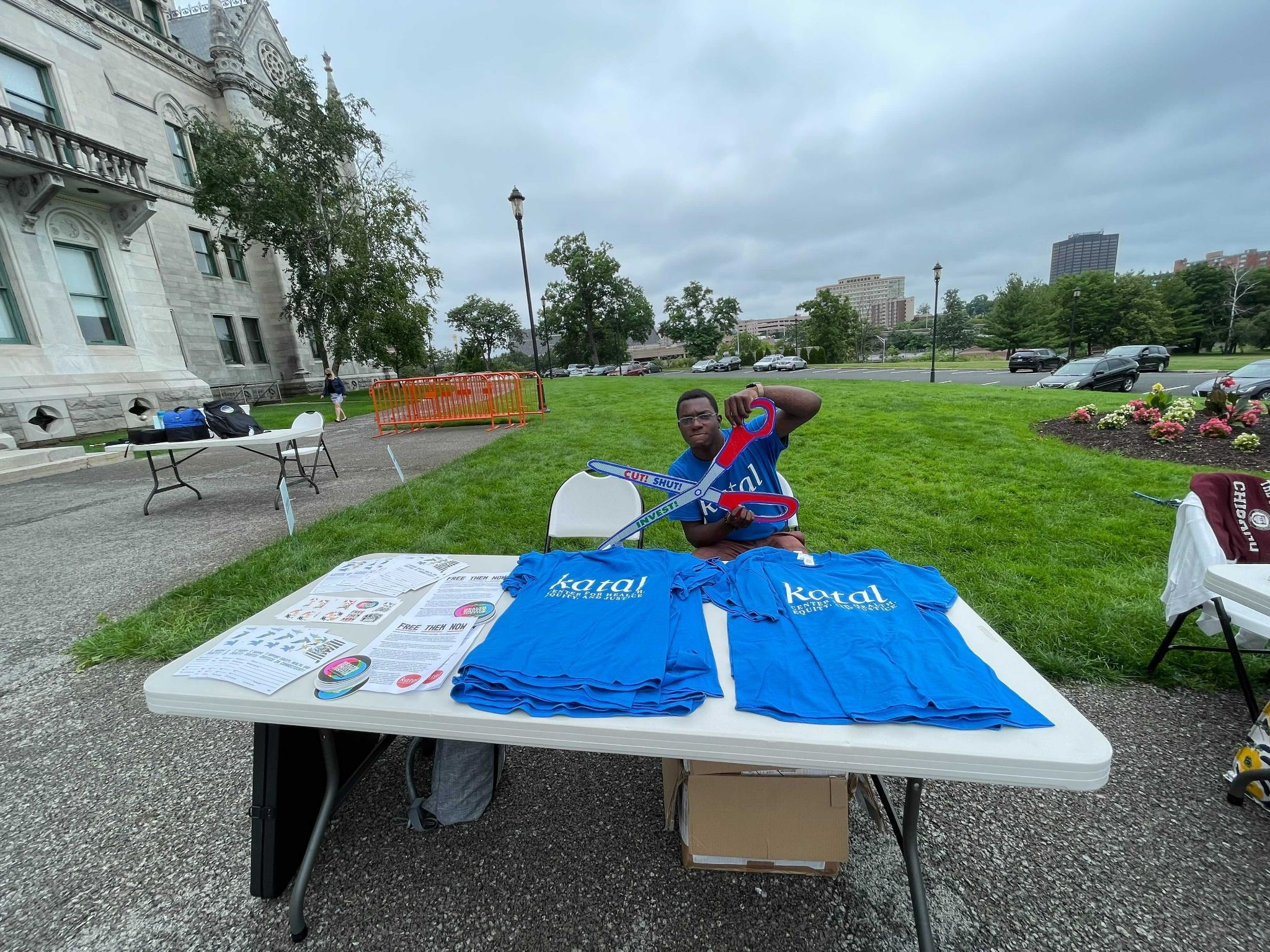 To support our #FreeThemNowCT campaign and demand that Governor Lamont develop a comprehensive plan to address COVID-19 in jails and prisons: take action here! 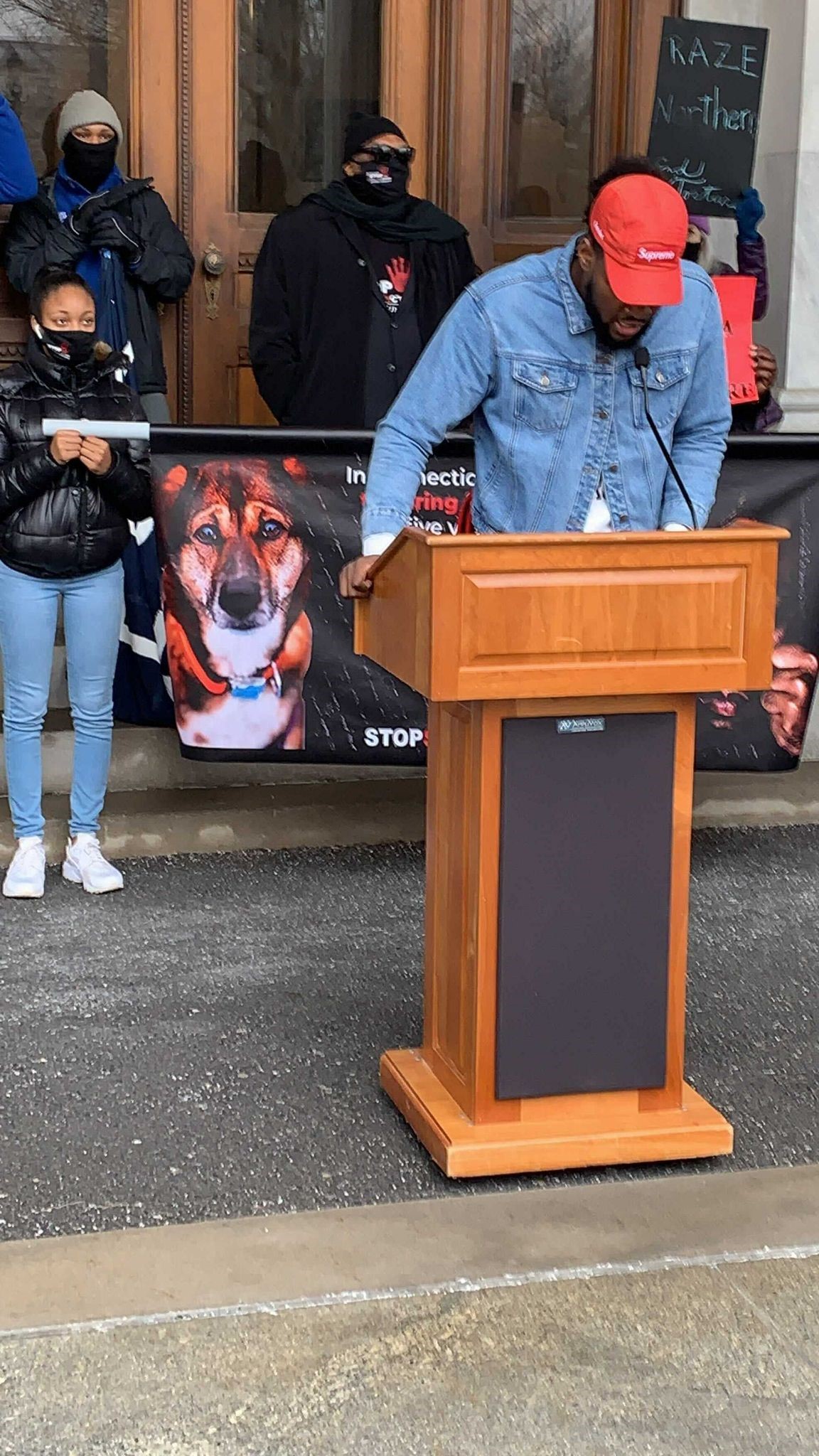 Last month, the Connecticut General Assembly passed the PROTECT Act, which prohibits solitary confinement, ends the use of abusive restraints on incarcerated people, and more. However, on June 30, Governor Ned Lamont vetoed the bill and instead issued a woefully insufficient Executive Order on solitary confinement. The Executive Order fails incarcerated people and their loved ones. Every day the Governor refuses to sign the PROTECT Act, the use of abusive restraints and other atrocities continue in Connecticut prisons and jails.

On Monday, July 26, there will be a veto override session. We stand with Stop Solitary CT, and demand the Connecticut General Assembly override Governor Lamont’s veto!

During the legislative session, our member Imani testified before the Connecticut legislature in support of the PROTECT Act and shared a striking account of how people are treated while being placed in solitary confinement in Connecticut prisons:

“Right now, the inside of prisons are built to break its incarcerated individuals in every way, especially psychologically. It is a place built to take your faith and leave you uninspired. Prisons warp and dehumanizes your natural way of interacting with people to the point you can’t even function in normal society… I know because a year ago today, I was in solitary confinement.”

To watch Imani’s full speech about the need for the PROTECT Act, click here! 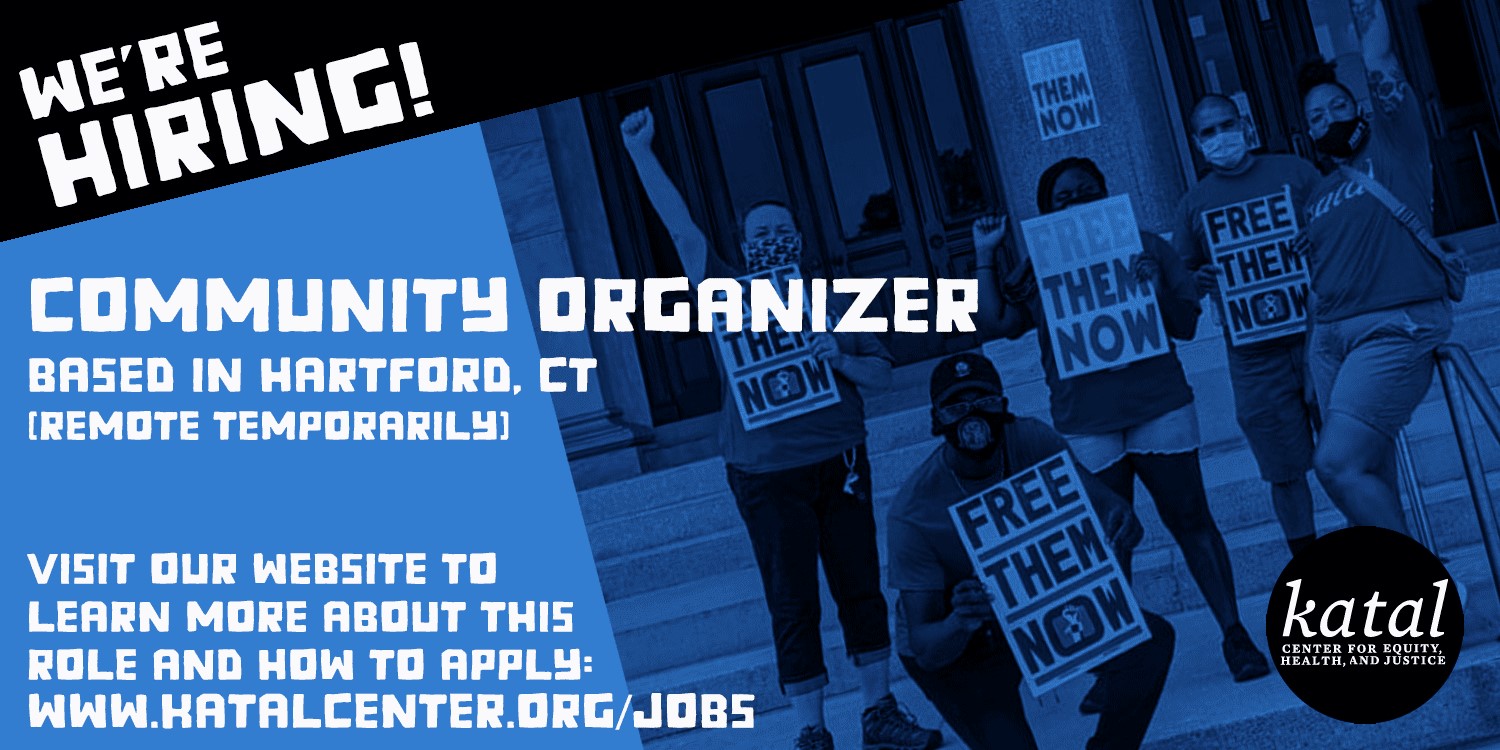 We’re hiring for a community organizer in Connecticut. This is a great opportunity for organizers who want to join a steller organizing team focused on building power and developing leaders! This position will work to build campaigns to end mass incarceration and mass criminalization in Connecticut. Click here to apply for the Connecticut Community Organizer Position!

We are organizing for equity, health, and justice for everyone and we envision a world where all communities have the resources and power to exercise self-determination. Following Black Radical Tradition, our multiracial team is rooted in anti-racist politics and Black leadership.

Please share this posting in your networks or with anyone you think may be interested. Details about the position, including salary range and how to apply, are here!